Geremek lezing 2017 – The Future of Europe 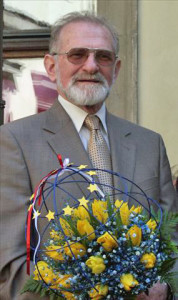 Geremek lezing 2017 – The Future of Europe

Geremek lecture 2017 – The Future of Europe

It is with great honour that Utrecht University will organise this year’s Professor Bronisław Geremek lecture. The event is organised by the Utrecht Centre for Global Challenges (UCIS), with the cooperation of the Dutch Ministry of Foreign Affairs and Polish Ministry of Foreign Affairs. This year’s speakers are: Caroline de Gruyter (correspondent NRC Handelsblad) and Geert Mak (journalist and non-fiction writer). Scholars and students are more than welcome to attend the lecture. UCIS will also organise a masterclass for students with the speakers, from 12 to 2 pm.

Caroline de Gruyter is a correspondent and non-fiction author based in Vienna. She is European Affairs correspondent for the Dutch newspaper NRC Handelsblad, a regular contributor to Carnegie Europe and a member of the European Council on Foreign Relations. De Gruyter was posted to Brussels twice and spent more than fifteen years covering Europe. She wrote several books on Europe, the most recent one published last year, and has been awarded with the Anne Vondeling Prize (2013), the Heldring Prize (2015) and the Prix du Mérite Européen (2016).

Geert Mak is a journalist and non-fiction author. He started his career as a teacher in constitutional and immigration law at the University of Utrecht. Mak later got more involved in journalism and media, working for newspapers, such as De Groene Amsterdammer and NRC Handelsblad and for the VPRO broadcasting. Since 1992 Mak has dedicated himself to the writing of books. He was awarded the Leipziger Buchpreis fur Europäische Verständigung for his critically acclaimed book In Europe in 2008 and won the Prix du Mérite Européen in 2016. He also led a series of three forums on the future of Europe in 2007 with Bronisław Geremek being one of his participants.

The lecture is named after former Polish Foreign Minister Bronisław Geremek, and is the result of an initiative taken by the Dutch and Polish ministers of Foreign Affairs in 2009 to establish a lecture in tribute to his political and academic work. The Geremek Lecture is organised by the Utrecht Centre for Global Challenges (UGlobe).
Professor Geremek was an important figure within the Polish Solidarity movement, who played a crucial role in the negotiations between Solidarity and the communist authorities, which led to free parliamentary elections in 1989. As Foreign Minister in the 1990s, Geremek presided over the EU entry negotiations and became the architect of the Polish NATO-accession. In 2004 he was elected a Member of the European Parliament. During his lifetime, Professor Geremek taught at several universities and published extensively on European history. In 1986 he received a doctoris honoris causa from Utrecht University.

View all posts by: Hans